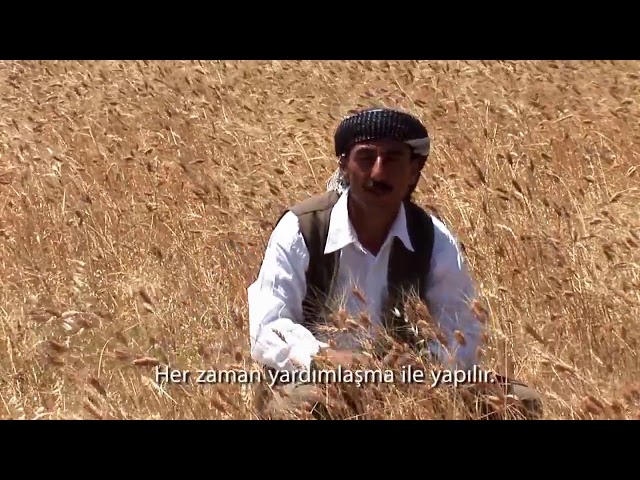 Paleti is a form of solidarity seen in many parts of the Kurdish geography. In these lands with agriculture, especially the time of blending people have made solidarity a powerful ritual. Thus, while people worked in these lands where cultural continuity was verbal, they also renewed and transferred social memory with the songs they sang. However, most of these production-based rituals have disappeared in recent years due to socio-economic problems, migration, political pressures.


This documentary is about solidarity and paleti in a field in Şırnak. After the shooting of this documentary in 2015, there was a war in Şırnak that caused the destruction of the entire city. As a result, many people had to migrate to different cities. It was scattered in the last generation that continued this ritual for so many years.